A software vulnerability in Boeing’s new 787 Dreamliner jet has the potential to cause pilots to lose control of the aircraft, possibly in mid-flight, Federal Aviation Administration officials warned airlines recently. The bug—which is either a classic integer overflow or one very much resembling it—resides in one of the electrical systems responsible for generating power, according to memo the FAA issued last week . The vulnerability, which Boeing reported to the FAA, is triggered when a generator has been running continuously for a little more than eight months. As a result, FAA officials have adopted a new airworthiness directive (AD) that airlines will be required to follow, at least until the underlying flaw is fixed. “This AD was prompted by the determination that a Model 787 airplane that has been powered continuously for 248 days can lose all alternating current (AC) electrical power due to the generator control units (GCUs) simultaneously going into failsafe mode,” the memo stated. “This condition is caused by a software counter internal to the GCUs that will overflow after 248 days of continuous power. We are issuing this AD to prevent loss of all AC electrical power, which could result in loss of control of the airplane.” Read 2 remaining paragraphs | Comments 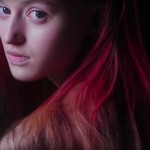