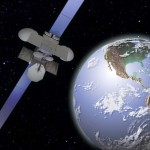 ViaSat-1 recently earned a Guinness World Record as the highest-capacity satellite in (or out of) the world, but it may need to hand off that title come 2016. ViaSat-2, the company’s next-gen bird, will double the capacity of its predecessor while also extending coverage to a larger portion of North America, Central America and the Caribbean, along with the aviation and shipping routes between the East Coast and Europe. Boeing will manufacture the new equipment, which will be based on the 702HP satellite platform. Once in orbit, ViaSat-2 will serve residential customers , air travelers and government agencies alike, with a massive seven-fold increase in coverage. There aren’t many details beyond that, but you’re welcome to dig through the press release, posted right after the break. Filed under: Wireless , Science , Internet Comments

One quarter of New Orleans’ catch-basins were clogged to uselessness with... 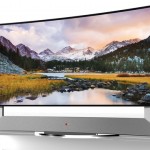