Chrisq shares a report from The Telegraph: Fears have been raised that Britain’s largest ever warship could be vulnerable to cyber attacks after it emerged it appears to be running the outdated Microsoft Windows XP. A defense source told The telegraph that some of the on-boar hardware and software “would have been good in 2004” when the carrier was designed, “but now seems rather antiquated.” However, he added that HMS Queen Elizabeth is due to be given a computer refit within a decade. And senior officers said they will have cyber specialists on board to defend the carrier from such attacks. Read more of this story at Slashdot. 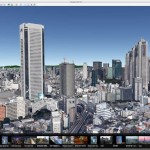