Enlarge Apple released a slew of software updates today for nearly all of its systems; you can now download macOS Sierra 10.12.6, iOS 10.3.3, watchOS 3.2.3, and tvOS 10.2.2 to any of your compatible devices. The updates appear to be minor, as most of them focus on bug fixes. MacOS Sierra 10.12.6 is the sixth update to this version of Apple’s operating system, and it may very well be the last before the introduction of macOS High Sierra . As per Apple’s usual refresher schedule, macOS High Sierra should be pushed out to users this fall. According to Apple’s information page , macOS Sierra 10.12.6 improves the “security, stability, and compatibility” of Mac systems and tackles three main issues: “Resolves an issue that prevents making certain SMB connections from the Finder.” “Fixes an issue that causes Xsan clients to unexpectedly restart when moving a file within a relation point on a Quantum StorNext File System.” “Improves the stability of Terminal app.” That’s the extent of the details provided for any of these updates. Neither iOS 10.3.3 nor watchOS 3.2.3 lists any new features, but they do mention general “improvements” and “bug fixes.” Similarly to macOS, the operating systems for iPhones, iPads, and Apple Watches will be totally revamped when iOS 11 and watchOS 4 launch. Both of those updates are expected to come out alongside macOS High Sierra in the fall. Read 1 remaining paragraphs | Comments 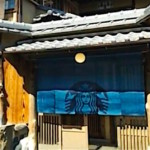 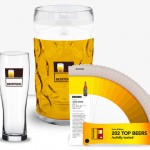