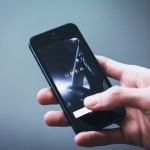 Uber was hit with a $7.6 million fine on Thursday after the California Public Utilities Commission found that the company failed to provide proper data on its drivers in 2014. Uber plans to pay the fine to avoid a suspension of its operating license, though it will appeal the ruling, the Los Angeles Times reports. In July 2015, a judge recommended Uber be fined upwards of $7 million for failing to provide relevant driver data under California’s new ride-hailing laws . Today’s fine stems from that recommendation. The CPUC says Uber failed to provide accessibility information (how many riders asked for accessible vehicles and actually received them), service information (pickup and payment data in each zip code where Uber operates), and the cause of each “driving incident” involving an Uber vehicle. Uber has since provided all of this information to the CPUC, the LA Times reports. Uber’s main competition, Lyft, isn’t facing any penalties in California. While you’re doing the math on all of this, remember: Uber is valued at more than $60 billion . Source: Los Angeles Times

United and Orbitz sue Skiplagged, a service you should totally use