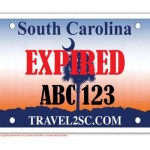 Advocates say that electronic license plates can be used to display messages, like EXPIRED. Compliance Innovations This week, the California State Senate approved a bill that would create the nation’s first electronic license plate. Having already passed the state’s assembly, the bill now goes to Gov. Jerry Brown (D) for his signature. The idea is that rather than have a static piece of printed metal adorned with stickers to display proper registration, the plate would be a screen that could wirelessly (likely over a mobile data network) receive updates from a central server to display that same information. In an example shown by a South Carolina vendor, messages such as “STOLEN, ” “EXPIRED, ” or something similar could also be displayed on a license plate. The bill’s language says that for now, the program would be limited to a “pilot program” set to be completed no later than January 1, 2017. Read 17 remaining paragraphs | Comments

Delta Windows Updates shrinks downloads 65% for Insiders, 35% for everyone...