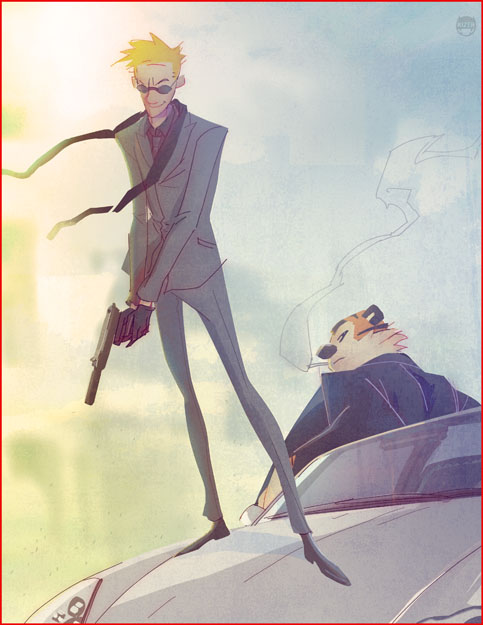 In the alternate reality presented by these slick illustrations by Coran Stone, Calvin and Hobbes grew up to be super spies, and Christopher Robin and Pooh Bear are hell bent on bringing them both down.

These illustrations, and the story behind them, are just begging to be made into an animated series of some sort, and you can read the whole thing at the Geeks Are Sexy link below.

It’s the ultimate battle of imaginary friends, and I like the fact that, in the Pooh picture, Hobbes is still a stuffed animal!