Entergy New Orleans, the utility that provides power to the Mercedes SuperDome in New Orleans, announced today that its technicians had determined the cause of the partial blackout during the Super Bowl last Sunday: an electrical relay the company had installed to prevent blackouts. The relay was supposed to trip switches to redirect power in the event of a line fault over one of the cables connecting Entergy’s switching gear to the stadium. In a statement , the company said that “the relay functioned without issue during a number of high-profile events—including the New Orleans Bowl, the New Orleans Saints-Carolina Panthers game, and the Sugar Bowl.” But on Super Bowl Sunday, the device instead triggered when there was no fault, signaling a switch to open shortly after the second half began. The relay has now been pulled, and Entergy is evaluating other equipment. “While some further analysis remains,” said Entergy New Orleans President and CEO Charles Rice in the prepared statement, “we believe we have identified and remedied the cause of the power outage and regret the interruption that occurred during what was a showcase event for the city and state.” Read 1 remaining paragraphs | Comments

All about the weird and adorable pangolin 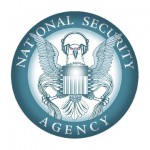 How The NSA Deploys Malware