CBS said its new Star Trek series would debut in January, but since it’s September and we still haven’t even heard about the cast, that date seemed to be in doubt. Today CBS confirmed a delay, essentially swapping debut windows between Star Trek: Discovery and its upcoming spinoff of The Good Wife , which will both be available exclusively in the US on the streaming CBS All Access service (outside the US and Canada, it will be on Netflix ). Star Trek: Discovery will launch in May 2017, while the new The Good Wife show will launch with a CBS TV broadcast in January, before jumping to All Access streaming. There’s also a new streaming edition of Big Brother called Over the Top that will launch on September 28th. Executive producers Alex Kurtzman and Bryan Fuller said in a statement that “We aim to dream big and deliver, and that means making sure the demands of physical and post-production for a show that takes place entirely in space, and the need to meet an air date, don’t result in compromised quality. Before heading into production, we evaluated these realities with our partners at CBS and they agreed: Star Trek deserves the very best, and these extra few months will help us achieve a vision we can all be proud of.” If it aims to convince more skeptical viewers to sign up — and maybe grab that $4 commercial-free option — a delay to make sure everything is working could be a good idea. Source: CBS 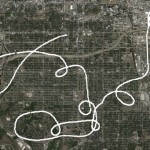 A Hacker Found GPS Data in the Audio of This Police... 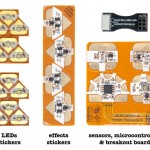 LED stickers: turn your notebook into a lightshow