After months of fakes, a proper Wii U emulator is finally available for download—even if it is still rather janky. According to the developer, Cemu contains “basically no optimizations whatsoever,” no proper controller support, and no audio. For the time being, it’s only for Windows x64, although other platforms might eventually be supported. Ignoring all these caveats, it’s actually quite impressive if these videos are any indication of how far it’s come already. NES Remix Gameplay Windwaker HD booting up to menu (video link) Cemu, which is currently in what has been termed as its “proof-of-concept release” stage, requires OpenGL 3.3 to operate. It has an internal resolution of 1920×1080, and can run encrypted Wii U images (WUD) and RPX/RPL files. If you want to launch a game, it will need to be in raw dump format (WUS or ISO). There are plans to release updates on a fortnightly basis, although nothing has been set in stone as of yet. Interestingly, Cemu defies current emulator trends by not being an open-source project. Read 4 remaining paragraphs | Comments 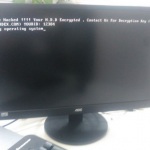 The hacker who took over San Francisco’s Muni got hacked