Security researchers have discovered a botnet that is stealing millions of dollars per month from advertisers. The botnet does so by simulating click-throughs on display ads hosted on at least 202 websites. Revealed and dubbed “Chameleon” by the Web analytics firm spider.io because of its ability to fool advertisers’ behavior-tracking algorithms, the botnet is the first found to use display advertisements to generate fraudulent income for its masters. In a blog post today, spider.io reported that the company had been tracking Chameleon since December of 2012. Simulating multiple concurrent browser sessions with websites, each bot is able to interact with Flash and JavaScript based ads. So far, more than 120,000 Windows PCs have been identified—95 percent of them with IP addresses associated with US residential Internet services. The company has issued a blacklist of the 5,000 worst-offending IP addresses for advertisers to use to protect themselves from fraud. While in many respects the botnet simulates human activity on webpages to fool countermeasures to clickfraud, it generates random mouse clicks and mouse pointer traces across pages. This makes it relatively easy for bot-infected systems to be identified over time. The bot is also unstable because of the heavy load it puts on the infected machine, and its frequent crashes can also be used as a signature to identify infected systems. Read 1 remaining paragraphs | Comments 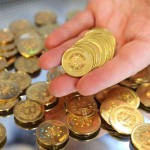 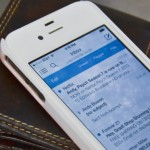