Nissan A man in an Atlanta suburb was confronted by a police officer for plugging his electric car into an outside outlet at a school. Ten days later, he was arrested at home and charged with theft for taking about 5 cents worth of electricity “without consent.” Kaveh Kamooneh plugged an extension cable from his Nissan Leaf into a 110-volt external outlet at Chamblee Middle School while his son was practicing tennis. A short time later, he noticed someone in his car and went to investigate—and found that the man was a Chamblee police officer. “He informed me he was about to arrest me, or at least charge me, for electrical theft,” Kamooneh told Atlanta’s Channel 11 News . Kamooneh said that the car, when plugged into a 110-volt outlet, draws a kilowatt an hour. “Over an hour, that’s maybe eight or nine cents” worth of electricity, he said, depending on the rates. He was plugged in for less than 20 minutes, so he estimated the amount of power he drew from the school at less than 5 cents. Read 2 remaining paragraphs | Comments 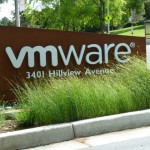