Enlarge / A Charter Spectrum vehicle. (credit: Charter ) Charter Communications has moved 30 percent of the customers it acquired in a blockbuster merger onto new pricing plans, resulting in many people paying higher prices. Charter closed the acquisitions of Time Warner Cable (TWC) and Bright House Networks in May 2016. Before the merger, Charter had about 6.8 million customers; afterwards, Charter had 25.4 million customers in 41 states and became the second-largest US cable company after Comcast. The merger was quickly followed by customer complaints about pricing in the acquired territories. In November 2016 , we noted that “tens of thousands of ex-Time Warner Cable video subscribers have canceled their service since the company was bought by Charter, and pricing changes appear to be the driving factor.” At the time, Charter CEO Thomas Rutledge explained that the TWC video customer base was “mispriced” and needed to be moved “in the right direction.” Read 11 remaining paragraphs | Comments

Read the article:
Charter has moved millions of customers to new—and often higher—pricing 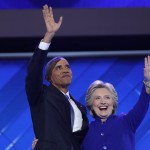 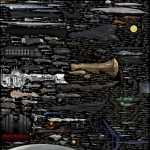