An anonymous reader writes “The Chinese are going to have a very, very hard time kicking the Windows XP habit. The deadline for the retirement of Microsoft’s most successful operating system ever is eight months from tomorrow: April 8, 2014. That’s the day when the Redmond, Wash. company is to deliver the last XP security update. According to analytics company Net Applications, 37.2% of the globe’s personal computers ran Windows XP last month. If Microsoft’s estimate of 1.4 billion Windows PCs worldwide is accurate, XP’s share translates into nearly 570 million machines. In the U.S., 16.4% of all personal computers ran Windows XP in July, or about one in six, Net Applications’ data showed. But in China, 72.1% of the country’s computers relied on the soon-to-retire operating system last month, or nearly three out of every four systems.” Read more of this story at Slashdot.

Anonymous Member Sentenced For Joining DDoS Attack For One Minute 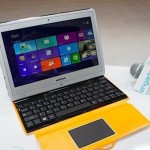