formaggio writes “According to the Xinhua News Agency, the Chinese government is now allowing courts to punish those who commit environment crimes with the death penalty. The new judicial interpretation comes in the wake of several serious environmental problems that have hit the country over the last few months, including dangerous levels of air pollution, a river full of dead pigs, and other development projects that have imperiled public health.” Read more of this story at Slashdot.

Read the article:
China Says Serious Polluters Will Get the Death Penalty 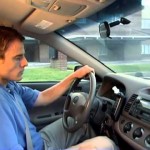