“The email attachment looked like a brochure for a yoga studio in Toulouse, France, the center of the European aerospace industry. But once it was opened, it allowed hackers to sidestep their victim’s network security and steal closely guarded satellite technology.” Ah, yes, the old fake yoga brochure trick . [NYT]

A Simple Blast of Laser Could Help Your Teeth Grow Back 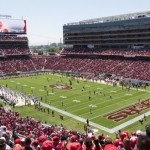