wiredmikey (1824622) writes “China-based threat actors are using sophisticated malware installed on handheld scanners to target shipping and logistics organizations from all over the world. According to security firm TrapX, the attack begins at a Chinese company that provides hardware and software for handheld scanners used by shipping and logistics firms worldwide to inventory the items they’re handling. The Chinese manufacturer installs the malware on the Windows XP operating systems embedded in the devices. Experts determined that the threat group targets servers storing corporate financial data, customer data and other sensitive information. A second payload downloaded by the malware then establishes a sophisticated C&C on the company’s finance servers, enabling the attackers to exfiltrate the information they’re after. The malware used by the Zombie Zero attackers is highly sophisticated and polymorphic, the researchers said. In one attack they observed, 16 of the 48 scanners used by the victim were infected, and the malware managed to penetrate the targeted organization’s defenses and gain access to servers on the corporate network. Interestingly, the C&C is located at the Lanxiang Vocational School, an educational institution said to be involved in the Operation Aurora attacks against Google, and which is physically located only one block away from the scanner manufacturer, TrapX said.” Read more of this story at Slashdot.

Hacker Selling Data For 200 Million Yahoo Users On The Dark... 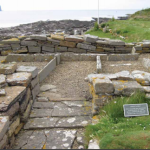