coolnumbr12 writes “Chinese hackers have infiltrated a sensitive U.S. Army database that contains information about the vulnerabilities of thousands of dams located throughout the United States. The U.S. Army Corps of Engineers’ National Inventory of Dams (NID) has raised concerns that information gathered in the hack could help China carry out a cyber-attack on the national electrical power grid.” Read more of this story at Slashdot. 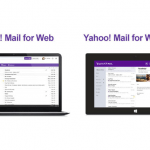