Lights on the Tianhe-2 supercomputer change color depending on the power load. Jack Dongarra A Chinese supercomputer known as Tianhe-2 has been measured at speeds of 30.65 petaflops, or 74 percent faster than the current holder of the world’s-fastest-supercomputer title. The speed is remarkable partly because the Intel-based Tianhe-2 (also known as Milkyway-2) wasn’t even running at full capacity during testing. A five-hour Linpack test using 14,336 out of 16,000 compute nodes, or 90 percent of the machine, clocked in at the aforementioned 30.65 petaflops. (A petaflop is one quadrillion floating point operations per second, or a million billion.) Linpack benchmarks are used to rank the Top 500 supercomputers in the world . The Top 500 list’s current champion is Titan, a US system that hit 17.59 petaflops. Tianhe-2 achieved 1.935 gigaflops per watt, which is slightly less efficient than Titan’s 2.143 gigaflops per watt. Tianhe-2’s numbers were revealed this week in a paper by University of Tennessee professor Jack Dongarra, who created the Linpack benchmarks and helps compile the bi-annual Top 500 list. Dongarra’s paper doesn’t say whether Tianhe-2’s Linpack measurement was officially submitted for inclusion in the Top 500 list. Ars has asked him if the measurement will put Tianhe-2 on top when the next list is released, but we haven’t heard back yet. In any case, the new Top 500 rankings will be unveiled on June 17. Read 4 remaining paragraphs | Comments

See the article here:
Chinese supercomputer destroys speed record and will get much faster 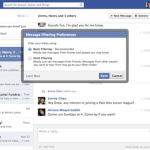 A mysterious Thai singer performing in an oyster costume is the...