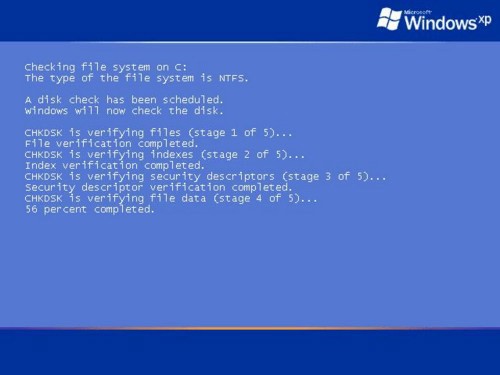 PC users of a certain age will be all too familiar with defragging and disk checking, normally as a last-ditch attempt to reinvigorate a flagging or faulty system. Fast-forward to 2012, and Microsoft is reassessing the role of the whole NTFS health model for the modern world (well, Windows 8 at least). It turns out that these days actual corruptions are rare, but people still like to run chkdsk just in case — or out of habit. In the old approach, health check was either happy or unhappy, and the machine was taken offline for as long as was needed to fix. Even with optimization and improvements in later versions, the galloping sizes of hard drives has swallowed up much of the benefit. In the redesigned model there are four states: healthy, spot verification needed, scan needed and spot fix needed. In any of these states, the system remains online, with the user deciding when to restart if a fix is needed. The reboot process should also be much quicker, with the spot fix already targeted. Advanced users can go a stage further and invoke the spot fix while still online for sections of the disk not in use. The proof, of course, is in the pudding, but anything that involves less death-staring at a disk check is a good thing in our book. Hit the source for a blow-by-blow breakdown.