Enlarge / Dell’s old Latitude E6410 becomes a modern Chromebook. (credit: Andrew Cunningham) A few months ago, we wrote about CloudReady , a version of the open source Chromium OS from Neverware that can transform older Windows PCs into what are essentially Chromebooks (give or take a couple of media codecs and other features). Neverware takes the Chromium OS code provided by Google and does all the hard work of testing and maintaining driver compatibility and providing updates, the same things that Google handles for actual Chromebooks. The OS is aimed at schools that either want to move to Chromebooks but can’t afford the cost of all-new hardware or schools that have already begun a transition to Chromebooks but want to repurpose old hardware they already have. Today, Neverware announced a new version of CloudReady aimed at schools and individuals who want to try the software on their PCs without losing the capability to run Windows. CloudReady version 45.3 can be installed on any system with an existing UEFI-mode installation of Windows 7, 8, or 10 and 32GB of free disk space. You can find detailed installation directions on Neverware’s site. The UEFI requirement means that the list of PCs that support dual-booting is much shorter than the normal CloudReady support list, so this won’t be of much use to people with older BIOS-based PCs and Windows installations. But if you happen to have a device on the list, and you want to give the software a spin, you can download the free version from Neverware’s site. The fully featured version that supports Google’s Chrome OS management console costs $59 per machine for an unlimited license or $25 for a one-year license. Read on Ars Technica | Comments 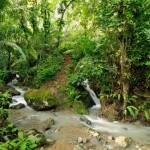 The Rebellion Rises In the First Trailer For Rogue One: A...