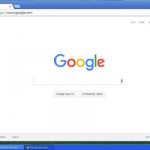 If you’re on an older operating system, your Chrome could stop getting updates in just a few months. Google’s official Chrome Blog announced it will be ending support for Windows XP, Windows Vista, and Mac OS X 10.6, 10.7, and 10.8 in April 2016. Browsers on those operating systems will continue to work, but they will stop getting updates from Google. For Windows XP, this is yet another stay of execution from Google, mirroring Microsoft’s continually extended support for the OS that just won’t die. Chrome support for XP was originally stated to end along with Microsoft’s in April 2014. Google then extended that to ” at least April 2015 ,” then all of 2015 , and now it’s going to hang around for the next five months. On the Mac side of things, Apple usually supports its three newest operating systems. So official support for 10.8 ended when 10.11 El Capitan was released, and 10.6 and 10.7 have long been put to rest by Apple. Read 2 remaining paragraphs | Comments 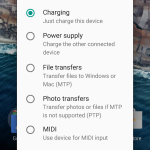