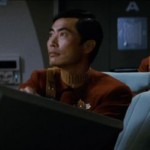 Dr. Peter Fröhlich of Johns Hopkins University grades exams so that the highest scoring exam receives a 100% grade and all others fall below on a curve. It wasn’t a Kobayashi Maru scenario , but his exams are hard. Fröhlich’s students devised a cunning plan to all get A grades. It involved boycotting the exam: Since he started teaching at Johns Hopkins University in 2005, Professor Peter Fröhlich has maintained a grading curve in which each class’s highest grade on the final counts as an A, with all other scores adjusted accordingly. So if a midterm is worth 40 points, and the highest actual score is 36 points, “that person gets 100 percent and everybody else gets a percentage relative to it,” said Fröhlich. This approach, Fröhlich said, is the “most predictable and consistent way” of comparing students’ work to their peers’, and it worked well. At least it did until the end of the fall term at Hopkins, that is. As the semester ended in December, students in Fröhlich’s “Intermediate Programming”, “Computer System Fundamentals,” and “Introduction to Programming for Scientists and Engineers” classes decided to test the limits of the policy, and collectively planned to boycott the final. Because they all did, a zero was the highest score in each of the three classes, which, by the rules of Fröhlich’s curve, meant every student received an A. Dr. Fröhlich abided by his grading policy and gave all students A grades, as well as congratulating them on their cooperative spirit: Fröhlich took a surprisingly philosophical view of his students’ machinations, crediting their collaborative spirit. “The students learned that by coming together, they can achieve something that individually they could never have done,” he said via e-mail. “At a school that is known (perhaps unjustly) for competitiveness I didn’t expect that reaching such an agreement was possible. Link -via The Volokh Conspiracy  | Image: Paramount Pictures

Read More:
Clever Students Use Game Theory to Get Perfect Scores on an Exam 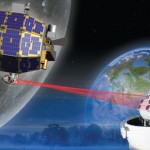 NASA Has a 622 Mbps Data Connection—to the Moon