An anonymous reader quotes a report from Bitcoin News: In information released to shareholders this week, Coinbase revealed that it recorded turnover of $1 billion last year, which works out at an astonishing $2.74 million a day or $2, 000 a minute. As America’s largest bitcoin broker, Coinbase claims the lion’s share of the money that’s pouring into the crypto space at a dizzying rate. 2017 was a bumper year for all crypto exchanges, which reported record numbers across the board: new signups, new staff hired, new trading pairs, and new revenue. Those revenue streams have turned into a torrent that has caused Coinbase’ coffers to swell. Recode reports that the company’s revenue exceeded $1 billion last year, most of it derived from the trading fees it levies. These vary from between 0.25% and 1%. and quickly add up: in the past 24 hours, 36, 000 BTC were traded on Coinbase, accounting for more than 15% of the total market. Coinbase isn’t the world’s largest exchange (and is technically a broker rather than a conventional exchange — that duty falls to its GDAX subsidiary) but it’s the best known and carries great weight in the cryptocurrency industry. Read more of this story at Slashdot. 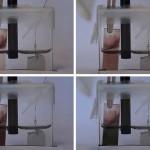 MIT-designed windows can rapidly switch from clear to opaque