A vulnerability in the ColdFusion Web server platform, reported by Adobe less than a week ago, has apparently been in the wild for almost a month and has allowed the hacking of at least one company website, exposing customer data. Yesterday, it was revealed that the virtual server hosting company Linode had been the victim of a multi-day breach that allowed hackers to gain access to customer records. The breach was made possible by a vulnerability in Adobe’s ColdFusion server platform that could, according to Adobe, “be exploited to impersonate an authenticated user.” A patch had been issued for the vulnerability on April 9  and was rated as priority “2” and “important.” Those ratings placed it at a step down from the most critical, indicating that there were no known exploits at the time the patch was issued but that data was at risk. Adobe credited “an anonymous security researcher,” with discovering the vulnerability. But according to IRC conversation  including one of the alleged hackers of the site, Linode’s site had been compromised for weeks before its discovery. That revelation leaves open the possibility that other ColdFusion sites have been compromised as hackers sought out targets to use the exploit on. Read 5 remaining paragraphs | Comments 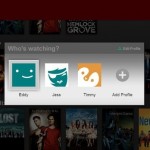