A pair of Comcast customers has sued the company for turning Xfinity Internet routers into public Wi-Fi hotspots, saying Comcast’s actions pose risks to subscribers and are taken without seeking their authorization. Plaintiff Toyer Grear and daughter Joycelyn Harris of Alameda County, California, filed the suit on December 4 ( PDF ) in US District Court in Northern California, seeking class action status on behalf of all Comcast customers who lease wireless routers that broadcast Xfinity Wi-Fi hotspots. “Without authorization to do so, Comcast uses the wireless routers it supplies to its customers to generate additional, public Wi-Fi networks for its own benefit,” the complaint states. The plaintiffs seek financial damages and an order preventing Comcast “from using residential customers’ wireless routers to create Xfinity Wi-Fi Hotspots without first obtaining authorization.” Read 19 remaining paragraphs | Comments 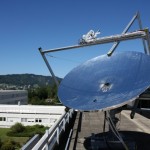