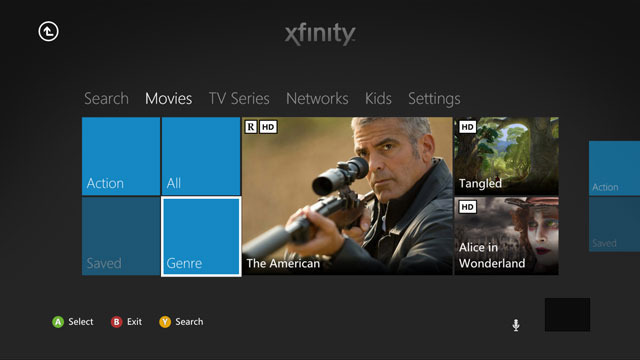 It looks as if Comcast is preparing to move from a limited beta test to a wide release for its long-promised Xbox Live streaming video app, with some details appearing on the company’s support pages. Probably the biggest revelation about the service is that streaming Comcast’s On Demand videos through the Xbox 360 will not count towards customers’ 250GB monthly data limit.

Comcast says the Xbox app gets special treatment because the video is “being delivered over our private IP network and not the public Internet.” This gives the service a potentially large advantage over not just other video streaming apps like Netflix and Hulu Plus, but also over Comcast On Demand content streamed through the company’s website and mobile apps, both of which count against the data limits.

Streaming video can eat up limited data rather quickly, though you’d have to stream around 100 hours of Netflix per month before having a chance of bumping up against Comcast’s 250GB limit (assuming you didn’t use the Internet for anything else). Canadian ISP Shaw announced last year that its “Movie Club” service wouldn’t count towards users’ monthly data caps, because it is delivered though existing cable infrastructure.

Elsewhere in its Xbox FAQ, Comcast clarifies that cable subscribers who use a different Internet service provider won’t be able to stream content through their Xbox 360, and that the service requires an Xbox Live Gold subscription as well as at least one cable box elsewhere in the home. The FAQ also notes that Comcast has no plans to follow Verizon’s lead in offering live TV content through the Xbox 360, but offered that the “service will evolve over time.”