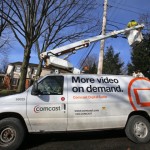 Comcast has drawn a new battle line against Google Fiber by launching a 2Gbps fiber broadband service called Gigabit Pro . It arrives next month in Atlanta and will be available in 18 million homes across the US by the end of the year. The package will deliver symmetric uploads and downloads like Fiber does, but at twice its 1Gbps speed. Mountain View had already announced that it would bring Fiber to Atlanta, but Comcast will now beat it to the punch both in timing and data rates. Comcast also tweaked Google’s nose by saying “our approach is to offer the most comprehensive rollout of multi-gigabit service to the most homes as quickly as possible, not just to certain neighborhoods.” That’s a reference to the search giant’s glacially slow rollout of its highly-sought service. However, most consumers don’t mind dealing with Google, something Comcast certainly can’t say. It’s been mired in bad press over customer service issues , and has adamantly opposed new net neutrality rules that are favored by consumers. That said, the sheer speed of the service is impressive. Comcast emphasized that you’ll need to be in an urban center near its fiber network and will require a “professional-grade” installation. It hasn’t revealed pricing yet, but given similarities to its business-grade service, we’d expect it to be costly. However, you might get a break if you’re in a city that also has Google Fiber. Filed under: Internet Comments Via: The Verge Source: Comcast 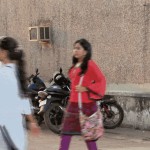 Technology changed product placement (and you didn’t even notice)