ULAS Archaeologists were called to Glenfield Park, Leicestershire, just before a development company broke ground on a massive project to build a warehouse and distribution center. People walking in the grassy field between two towns on the fringes of Leicester had found what seemed to be ancient artifacts. Previous digs in the area had uncovered a few Iron Age items, so it seemed likely there might be something more to find. Indeed there was. Much more. In fact, according to University of Leicester Archaeological Services’ John Hancock, new excavations revealed a 2000-year-old feasting center full of rare, valuable items, including 11 ceremonial cauldrons. Archaeologists had uncovered a party town. Read 8 remaining paragraphs | Comments 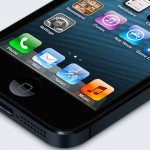