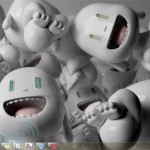 If you’re a Windows 7 user and you’ve been dragging your heels when it comes to that Service Pack 1 upgrade, then prepare to get an extra dose of encouragement from Microsoft. Starting tomorrow, the company will begin deploying SP1 via Windows Update to all neglected PCs, and just so you’re aware, the update won’t require your consent. The push will happen a phased rollout over the next few weeks, and as for the consequence of not upgrading, Microsoft will no longer support Windows 7 RTM as of April 9th. Naturally, PCs that are managed by system admins can be shielded from the deployment, but for everyone else, it seems that you’d best prepare for the inevitable. Filed under: Software , Microsoft Comments Via: TNW Source: Microsoft