A German steel factory suffered significant damage after attackers gained unauthorized access to computerized systems that help control its blast furnace, according to a report published Friday by IDG News. The attackers took control of the factory’s production network through a spear phishing campaign, IDG said, citing a report published Wednesday by the German government’s Federal Office for Information Security. Once the attackers compromised the network, individual components or possibly entire systems failed. IDG reporter Loek Essers wrote: Due to these failures, one of the plant’s blast furnaces could not be shut down in a controlled manner, which resulted in “massive damage to plant,” the BSI said, describing the technical skills of the attacker as “very advanced.” The attack involved the compromise of a variety of different internal systems and industrial components, BSI said, noting that not only was there evidence of a strong knowledge of IT security but also extended know-how of the industrial control and production process. The incident is notable because it’s one of the few computer intrusions to cause physical damage. The Stuxnet worm that targeted Iran’s uranium enrichment program has been dubbed the world’s first digital weapon, destroying an estimated 1,000 centrifuges. Last week, Bloomberg News reported that a fiery blast in 2008 that hit a Turkish oil pipeline was the result of hacking , although it’s not clear if the attackers relied on physical access to computerized controllers to pull it off. The suspected sabotage of a Siberian pipeline in 1982 is believed to have used a logic bomb. Critics have long argued that much of the world’s factories and critical infrastructure aren’t properly protected against hackers. Read on Ars Technica | Comments 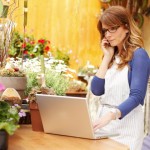 Google lawsuit highlights the danger of not managing your online presence 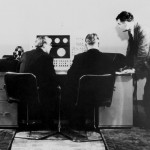