First time accepted submitter aravenwood writes “The New York Times and the Times of Israel report today that artificial intelligence and a network of 100 computers in a basement in Tel Aviv University are being used to match 320,000 fragments of documents dating as far back as the 9th century in an attempt to reassemble the original documents. Since the trove of documents from the Jewish community of Cairo was discovered in 1896 only about 4000 of them have been pieced together, and the hope is that the new technique, which involves taking photographs of the fragments and using image recognition and other algorithms to match the language, spacing, and handwriting style of the text along with the shape of the fragment to other fragments could revolutionize not only the study of this trove documents, which has been split up into 67 different collections around the world since it’s discovery, but also how humanities disciplines study documents like these. They expect to make 12 billion comparisons of different fragments before the project is completed — they have already perform 2.8 billion. Among the documents, some dating from 950, was the discovery of letters by Moses Maimonides and that Cairene Jews were involved in the import of flax, linen, and sheep cheese from Sicily.” Read more of this story at Slashdot. 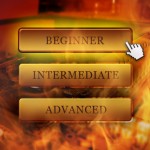 A Beginner’s Introduction to Overclocking Your Intel Processor