Adult female worm of Angiostrongylus cantonensis recovered from rat lungs with characteristic barber-pole appearance (anterior end of worm is to the top). Scale bar = 1 mm. (credit: Lindo et al. ) There have been six cases of a rare parasitic infection called “rat lungworm” in Maui in the last three months, health officials reported this week. The number is small, but it’s a dramatic jump from the normal number of cases. In the decade before this period, the island had only seen two other cases. The surprising uptick has health officials and residents alike worried about the rise of the worm, which can invade the human brain. In infected people, the infection may be symptomless and resolve on its own. But for others, rat lungworm moves into the brain and can cause inflammation, pain, and other neurological problems such as tremors. In those cases, it can be fatal. In all cases, rat lungworm is very difficult to diagnose, and there is no treatment. So far, at least three of the six cases have been confirmed by the state. There’s also a seventh possible case. Read 8 remaining paragraphs | Comments 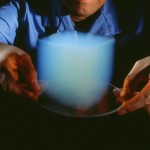 Amazing Aerogel: Eight Looks at the Ghostly Supermaterial in Action 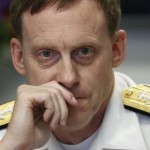