Enlarge / Rep. Darrell Issa, R-Calif., is one of two sponsors on an H-1B reform bill. He’s pictured here House Republican Conference meeting in 2015. (credit: Bill Clark/CQ Roll Call via Getty) President-Elect Donald Trump is just a week away from taking office. From the start of his campaign, he has promised big changes to the US immigration system. For both Trump’s advisers and members of Congress, the H-1B visa program, which allows many foreign workers to fill technology jobs, is a particular focus. One major change to that system is already under discussion: making it harder for companies to use H-1B workers to replace Americans by simply giving the foreign workers a raise. The “Protect and Grow American Jobs Act,” introduced last week by Rep. Darrell Issa, R-Calif. and Scott Peters, D-Calif., would significantly raise the wages of workers who get H-1B visas. If the bill becomes law, the minimum wage paid to H-1B workers would rise to at least $100,000 annually, and be adjusted it for inflation. Right now, the minimum is $60,000. The sponsors say that would go a long way towards fixing some of the abuses of the H-1B program, which critics say is currently used to simply replace American workers with cheaper, foreign replacements. In 2013, the top nine companies acquiring H-1B visas were technology outsourcing firms, according to an analysis by a critic of the H-1B program. (The 10th is Microsoft.) The thinking goes that if minimum H-1B salaries are brought closer to what high-skilled tech employment really pays, the economic incentive to use it as a worker-replacement program will drop off. Read 9 remaining paragraphs | Comments

First look at the Office 2016 Preview for Windows 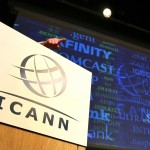 US officially reduces its internet oversight

A 1×1 tracking pixel was used as evidence of treason against...