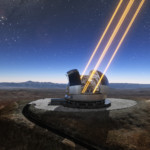 After several years of planning and no shortage of financial anxiety , construction has officially started on the Extremely Large Telescope. Contractors are now building the main structure and dome of the Chile-based observer ahead of its initial service in 2024. That’s a long time to wait, but this is no mean feat. With a 43-yard aperture, this promises to be the world’s largest optical telescope for sometime, even compared to future or in-limbo projects like the Thirty Meter Telescope . Those gigantic dimensions will help it capture far more light, giving astronomers the chance to spot particularly distant galaxies, find small planets and capture more details of larger planets. The ELT’s full capabilities won’t come until sometime after 2024, when the ESO starts a second construction phase. It could easily be another few years after that before the telescope lives up to its expectations. However, it’s having some positive side effects right now: the start of construction also marks the connection of its home, the Paranal Observatory (where the Very Large Telescope resides) to the Chilean electrical grid. That simple addition promises more reliability, lower costs and a reduced environmental footprint. Don’t be shocked if more modest telescopes like the VLT benefit well before their larger sibling is ready for action. Via: Reuters Source: ESO 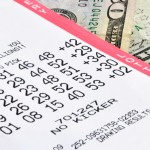