itwbennett writes “As Slashdot readers will remember, last month the U.S government ‘petitioned the court system’ to let the NSA retain phone call metadata for more than 5 years, ironically ‘because it needs to preserve it as evidence for the various privacy lawsuits filed against the government.’ Well, the Foreign Intelligence Surveillance Court has ruled against that request. The FISC’s Presiding Judge Reggie B. Walton ruled Friday (PDF) that the proposed amended procedures would further infringe on the privacy interests of U.S. persons whose ‘telephone records were acquired in vast numbers and retained by the government for five years to aid in national security investigation.'” Read more of this story at Slashdot. 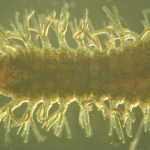 This Leech Can Survive For 24 Hours in Liquid Nitrogen