CNN reports on the arsenal discovered on the North Korean assassin arrested in Seoul last year: a poison-dart pen, a pen-pistol, a flashlight-gun, and more. Disguised to look like a Parker ballpoint pen, it contains a poison needle and is practically impossible to identify as a weapon. The second pen shoots a poison-filled bullet which penetrates the skin and releases the toxin and the third weapon is a flashlight, loaded with up to three bullets. They all look completely innocuous but all three will kill… … That target was anti-North Korea activist, Park Sang-hak, who has since been given round-the-clock police protection by South Korean authorities. We showed Park the footage of the weapons intended for him. He was shocked. ‘Poison’ pen mightier than sword for would-be North Korean assassin ( Thanks, polymorf! ) 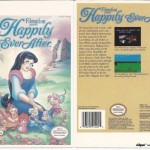