A Cray XC30-AC server rack. Cray Cray, the company that built the world’s fastest supercomputer, is bringing its next generation of supercomputer technology to regular ol’ business customers with systems starting at just $500,000. The new XC30-AC systems announced today range in price from $500,000 to roughly $3 million, providing speeds of 22 to 176 teraflops. That’s just a fraction of the speed of the aforementioned world’s fastest supercomputer, the $60 million  Titan , which clocks in at 17.59 petaflops. (A teraflop represents a thousand billion floating point operations per second, while a petaflop is a million billion operations per second.) But in fact, the processors and interconnect used in XC30-AC is a step up from those used to build Titan. The technology Cray is selling to smaller customers today could someday be used to build supercomputers even faster than Titan. Read 19 remaining paragraphs | Comments 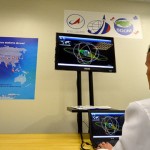 The CIA Is Trying to Stop Russia Building Monitoring Stations in... 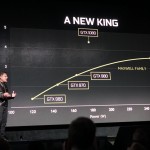