View article:
Creating a font from a classic comic 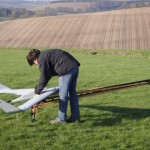