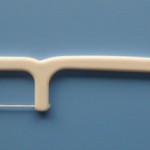 drueckert.com I was still wiping the sleep from my eyes this morning when the nagging voice kicked in: before trawling the Internet for news, you better install yesterday’s security updates. It wasn’t a pleasant thought, given the raft of patches released yesterday by Microsoft, Adobe, and Oracle for a variety of products. But as someone who has covered computer security for eight years, I’ve come to make updating a top priority. And for good reason. A large percentage of the booby-trapped websites that surreptitiously install malware on visitors’ machines exploit vulnerabilities that have already been patched. The recent hack on Yahoo’s ad network , for instance, targeted two security flaws in the Java software framework that Oracle had fixed 17 and 24 months ago, Trend Micro reported in a blog post . Those who visited compromised Yahoo servers with up-to-date systems were immune to those attacks. By contrast, people using unpatched software were exposed to malicious payloads that installed the Dorkbot and Gamarue trojans, as well as malware that turned visitors’ machines into Bitcoin miners. Read 5 remaining paragraphs | Comments 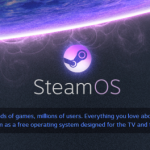 Valve: First version of SteamOS to be released to the masses...