Hardware makers often sing the praises of their latest and greatest flash memory , but the folks at Crossbar are ready to show them up with resistive RAM (RRAM) that they’ve been quietly working on. Compared to NAND, RRAM comes in at half the size and boasts 20 times faster write speeds (140MB/s), reads data at 17MB per second, guzzles 20 times less power and has 10 times more endurance. Since RRAM is non-volatile memory, it can keep data even when it’s powered off, á la NAND. As if that weren’t enough, 3D stacking construction allows for several terabytes of storage, endowing one 200 x 200mm chip with one terabyte. Unlike many tech breakthroughs however — we’re looking at you, graphene — this one is just about ready to find its way into finished products. Crossbar has manufactured RRAM within a standard chip factory, and claims that it can be churned out easily with existing production infrastructure. According to the firm, it’s in the fine-tuning process and plans to introduce the tech into the world of embedded SoCs. Sure, the outfit is the exclusive holder of some RRAM patents, but it aims to license its know-how to system-on-a-chip creators. Filed under: Storage Comments Via: VentureBeat Source: Crossbar 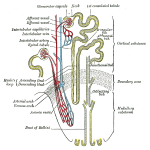