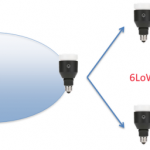 Context In the latest cautionary tale involving the so-called Internet of things, white-hat hackers have devised an attack against network-connected lightbulbs that exposes Wi-Fi passwords to anyone in proximity to one of the LED devices. The attack works against LIFX smart lightbulbs , which can be turned on and off and adjusted using iOS- and Android-based devices. Ars Senior Reviews Editor Lee Hutchinson gave a good overview here of the Philips Hue lights, which are programmable, controllable LED-powered bulbs that compete with LIFX. The bulbs are part of a growing trend in which manufacturers add computing and networking capabilities to appliances so people can manipulate them remotely using smartphones, computers, and other network-connected devices. A 2012 Kickstarter campaign raised more than $1.3 million for LIFX, more than 13 times the original goal of $100,000. According to a blog post published over the weekend , LIFX has updated the firmware used to control the bulbs after researchers discovered a weakness that allowed hackers within about 30 meters to obtain the passwords used to secure the connected Wi-Fi network. The credentials are passed from one networked bulb to another over a mesh network powered by 6LoWPAN , a wireless specification built on top of the IEEE 802.15.4 standard . While the bulbs used the Advanced Encryption Standard (AES) to encrypt the passwords, the underlying pre-shared key never changed, making it easy for the attacker to decipher the payload. Read 4 remaining paragraphs | Comments

Fearing Hackers, U.S. State Dept. Has Shut Off Part of Its...