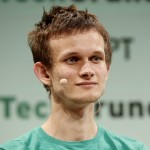 A cryptocurrency is only as reliable as the technology that keeps it running, and Ethereum is learning this the hard way. An attacker has taken an estimated $60 million in Ethereum’s digital money (Ether) by exploiting vulnerabilities in the Decentralized Autonomous Organization, an investment collective. The raider took advantage of a “recursive call” flaw in the DAO’s code-based smart contracts, which administer the funds, to scoop up Ether many times in a single pass. Ethereum’s Vitalik Buterin (pictured above) has revealed a planned software fork that would prevent the intruder from using the ill-gotten goods, but there are still plenty of headaches in store for both contract creators and investors. Contract makers will have to take extra care to avoid the flaw and limit the value of their contracts so that a bad actor doesn’t make off with a huge sum of cash. Buterin says that Ethereum itself is safe — miners can carry on, and users should “sit tight and remain calm” while they wait to trade again. Still, it’s easy to imagine everyone being nervous. The kicker? People were convinced that the bug posed no risk to DAO funds just a few days prior. Clearly, that wasn’t true. While the invader didn’t get away scot-free, the breach has caused a lot of chaos. And while one person’s claims that they legitimately took the funds is sketchy, Bloomberg notes that the code defining the smart contracts may have explicitly allowed this attack even if that’s not what the DAO wanted. This may not be so much a hack as exploitation of poorly-defined terms, and there may not be a legal recourse. In short: basing an investment framework around code instead of human-made contracts may have been too optimistic. Via: Coindesk , Bloomberg , The Verge Source: Vitalik Buterin (Reddit) , Etherscan , Ethereum