Daily Windows 10 builds? OK, not really. Or at least not yet. But Microsoft will today be releasing  a new Windows 10 Insider Preview build, version 10159, to its fast track testers just a day after releasing build 10158 to the fast track. Yesterday’s build was the first to sport the new Microsoft Edge branding in the browser—prior builds had used the “Project Spartan” codename—along with many bug fixes and other minor improvements. Today’s build includes a further 300 fixed bugs, along with another piece of branding: it includes the new default wallpaper, a Windows logo made with lasers. As we discussed  a couple of weeks ago , both yesterday’s build and today’s build are on the final path toward creating the release-to-manufacturing (RTM) build. While early builds didn’t have Windows Activation and preinstalled the Insider Hub for getting news about the previews, the latest builds are set up for the general public. As such, they include the activation system and only preinstall the apps that will ship when Windows 10 goes live. Read 1 remaining paragraphs | Comments 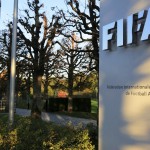 Huge data leak reveals the hidden wealth of the rich and...