E-mail addresses, sexual orientations, and other sensitive details from almost four million AdultFriendFinder.com subscribers have been leaked onto the Internet following a hack that rooted the casual dating service, security researchers said. The cache includes more than 3.8 million unique e-mail addresses of current and former subscribers, Australian security researcher Troy Hunt reported early Friday morning . The data, which is in the form of 15 Microsoft Excel spreadsheets, was first seeded to anonymous sites hosted on the Tor privacy network. It has since spread to sites on the open Internet. Links to sites hosting the data are easily found on Twitter and other social networking sites, (Ars isn’t publishing the locations). The compromise was first reported by British broadcaster Channel 4. In addition to including e-mail addresses and sexual preferences of users, the data also provided other sensitive information, such as ages, zip codes, and whether the subscriber was seeking an extramarital affair. The trove included information for deleted accounts as well as those still current. Read 3 remaining paragraphs | Comments

Link:
Database of 4 million Adult Friend Finder users leaked for all to see

Ubuntu 13.04 available Thursday, brings a streamlined footprint to the forefront... 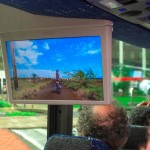