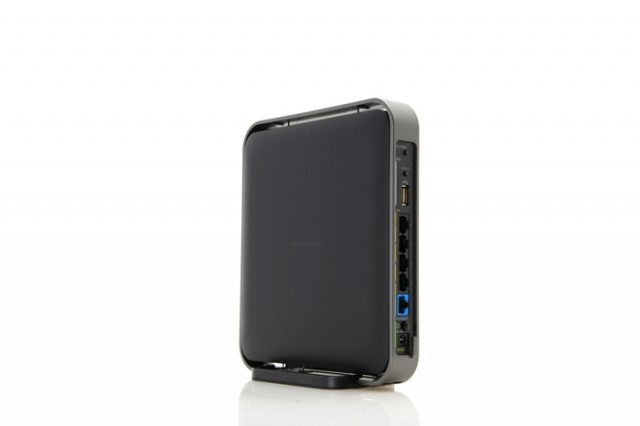 Enlarge / Buffalo’s 802.11ac router is the first you can actually buy.

Earlier this year, Buffalo promised the arrival of this next-generation router in the summer, but last month Netgear announced its similar router would be arriving in May. Today, it looks like Buffalo hustled enough to be able to call “first.”

The 802.11ac standard has not yet been ratified by the IEEE, so none of your current phones, tablets, or laptops will be able to automatically benefit from the 1.3 Gpbs wireless promised in this router. But as dongles and devices with compatible WiFi chips become available over the next year, your 802.11n router gets an automatic upgrade to an 802.11ac router, so to speak.