HughPickens.com writes Justin Gillis writes in the NYT that Denmark is pursuing the world’s most ambitious policy against climate change, aiming to end the burning of fossil fuels in any form by 2050 — not just in electricity production, as some other countries hope to do, but in transportation as well. The trouble is that while renewable power sources like wind and solar cost nothing to run, once installed, as more of these types of power sources push their way onto the electric grid, they cause power prices to crash at what used to be the most profitable times of day. Conventional power plants, operating on gas or coal or uranium, are becoming uneconomical to run. Yet those plants are needed to supply backup power for times when the wind is not blowing and the sun is not shining. With their prime assets throwing off less cash, electricity suppliers in Germany and Denmark have applied to shut down a slew of newly unprofitable power plants, but nervous governments are resisting, afraid of being caught short on some cold winter’s night with little wind. “We are really worried about this situation, ” says Anders Stouge, the deputy director general of the Danish Energy Association. “If we don’t do something, we will in the future face higher and higher risks of blackouts.” Environmental groups, for their part, have tended to sneer at the problems the utilities are having, contending that it is their own fault for not getting on the renewables bandwagon years ago. But according to Gillis, the political risks of the situation also ought to be obvious to the greens. The minute any European country — or an ambitious American state, like California — has a blackout attributable to the push for renewables, public support for the transition could weaken drastically. Rasmus Helveg Petersen, the Danish climate minister, says he is tempted by a market approach: real-time pricing of electricity for anyone using it — if the wind is blowing vigorously or the sun is shining brightly, prices would fall off a cliff, but in times of shortage they would rise just as sharply. Read more of this story at Slashdot. 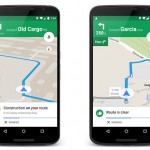 Chicago School Official: US IT Jobs Offshored Because ‘We Weren’t Making...