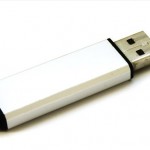 Abu Hamed is a former Free Syrian Army fighter who defected to ISIS, where he served in their internal security forces; after a split with the organization, he stole a thumb-drive containing the induction questionnaires and personnel files of over 22,000 jihadi fighters who travelled from 51 countries to fight with ISIS. He has turned the files over to Sky News correspondent Stuart Ramsay. (more…)

More:
Disgruntled IS defector dumps full details of tens of thousands of jihadis

US DOJ Say They Don’t Need Warrants For E-Mail, Chats