An anonymous reader writes: Github’s transparency report for 2015 shows that the site received many DMCA notices that removed more than 8, 200 projects. “In 2015, we received significantly more takedown notices, and took down significantly more content, than we did in 2014, ” Github reports. For comparison, the company received only 258 DMCA notices in 2014, 17 of which responded with a counter-notice or retraction. In 2015, they received 505 takedown notices, 62 of which were the subject of counters or withdrawals. TorrentFreak reports: “Copyright holders are not limited to reporting one URL or location per DMCA notice. In fact, each notice filed can target tens, hundreds, or even thousands of allegedly infringing locations.” September was a particularly active month as it took down nearly 5, 834 projects. “Usually, the DMCA reports we receive are from people or organizations reporting a single potentially infringing repository. However, every now and then we receive a single notice asking us to take down many repositories, ” Github explains. They are called ‘Mass Removals’ when more than 100 repositories are asked to be removed. “In all, fewer than twenty individual notice senders requested removal of over 90% of the content GitHub took down in 2015.” Read more of this story at Slashdot. 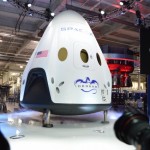