schwit1 shares a report from Popular Science: University of Buffalo biologist Charlotte Lindqvist and her international team in Pakistan and Singapore provided the first strong evidence that presumed yetis are actually bears. They published their results in the Proceedings of the Royal Society B on Tuesday. Icon Film secured nine samples that purported to be genuine yeti artifacts, and Lindqvist gathered 15 samples from known bear populations. By sequencing mitochondria from all these sources, she and her fellow researchers were able to determine that all but one of the yeti artifacts actually came from local bears. That last sample was from a dog. They also figured out that Himalayan brown bears split off from the rest of the regional bear population several thousand years ago, which is why they’re so genetically distinct from most other brown bears. Living in geographic isolation for so long has separated them from other Asian brown bears, and even from their relatives on the nearby Tibetan plateau. They even look different. But prior to Lindqvist’s work, it wasn’t clear just how long Himalayan bears had been on their own. Researchers will need higher-quality samples to figure out the whole picture, but even this small step is major for a species that’s hardly been studied. Read more of this story at Slashdot. 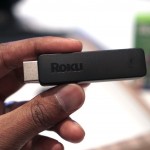 Yann Frisch will boggle your mind